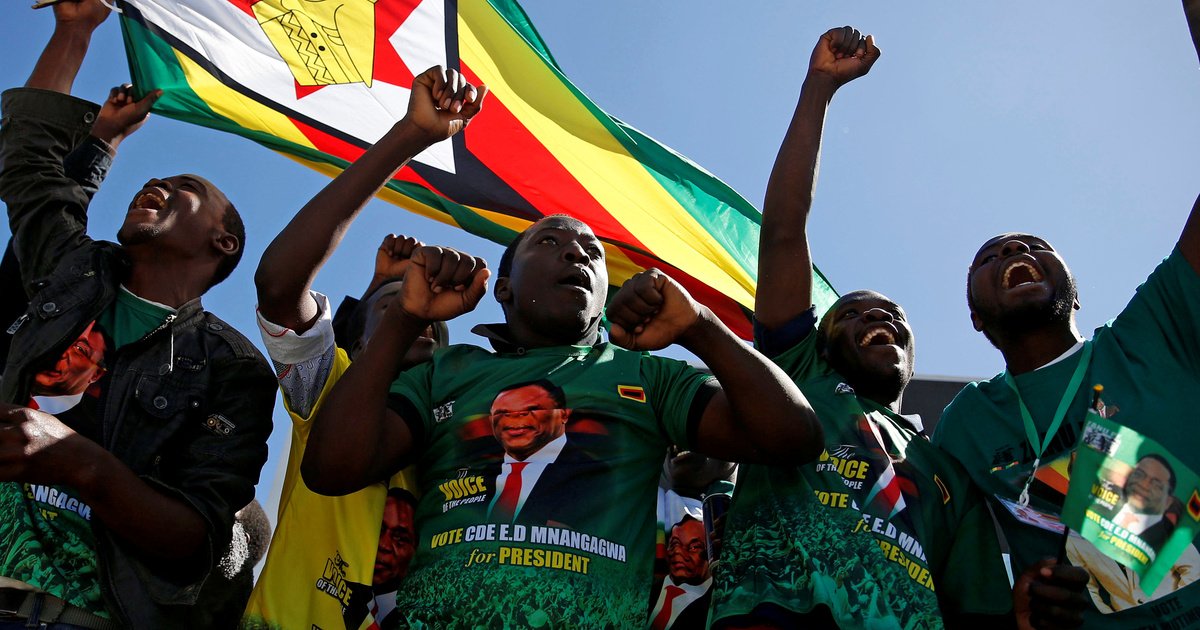 The Zanu-PF Chitepo School of Ideology is holding arguably its first ideology workshops for the Zim diaspora this week, with some of them to be led by Zanu-PF political commissars.

It emerged this week that Zimbabwe’s ruling Zanu-PF is sending tutors to South Africa to take the party’s cadres back to school this weekend – to the Chitepo School of Ideology – after finding that most of its new recruits did not understand the ideology of the party.

Sources close to the arrangements told Zimbabwe Digital Express that the ruling party has a full programme for its South Africa district branch for the Easter weekend.

This after instruction came through from Zanu-PF headquarters that the party had absorbed many new members in the Zim-SA diaspora in recent months, creating a need to not only renew revolutionary party patriotism, but also bring new understanding of the Zanu-PF ideology within some members.

The party had morphed over the years, making strides in the battle to stay ahead of social media technologies.

Led by the Zanu-PF Patriots, the party had successfully engaged in post-modernistic warfare against counter-revolutionaries, and in instances had won the battle of the minds on the rough streets of twitter, facebook, radio and television.

This meant that the party was always finding meaning in renewal and restructuring of party branches on an on-going basis.

The party is holding four one-day workshops at undisclosed locations in Gauteng throughout the Easter weekend for orientation of both long standing, and new branch members.

“We were given a mandate by the Politburo to guide the new party members. We have all seen on TV images of people leaving the opposition parties, and putting their best foot forward with Zanu-PF.

“Some of the new members could be coming from the MDC formations as you have seen that they are unravelling that side. Many of the new cadres need necessary orientation so that they know what the Zimbabwe ruling party is about.

“So as we speak, the party is rolling out a full Easter programme where political orientation is taking place for the Zim-South Africa branches.

“The party is growing especially in the Eastern and Western Cape, as well as KZN regions. Many Zimbabweans live in those areas and for the party to be able to recruit in far away places, the party needs trained cadres who can impart the necessary ideology of the party.

“That is where the Chitepo School of Ideology is coming in. It is a mandate of the Politburo and it is a mandate from headquarters,” the source said.

Zanu-PF started training its members in the revolutionary ethos in 2016 and it was agreed at the time that no party cadre will represent Zanu-PF in national or provincial elections without passing through the college.

The School of Ideology was mandated by the Politburo to take a leading role in guiding ruling party members and inculcate into them the right political orientation, of the party.

At the 337th Zanu PF Politburo Ordinary Session in Harare last year, a unanimous decision was made that the School would take extra-territorial coverage to Zanu-PF’s single largest district outside of Zimbabwe – the Zim-SA district.

The sources added that in recent years the Zimbabwean ruling party had noted with grave concern cases where people were putting the party in disrepute and others engaging in unbecoming behaviour during contestations for positions.

“It is clear where Zanu-PF is coming from with this programme. There are some new members who joined the party, not to serve but to look for positions.

Some of them are very influential, and they have a lot of followings and muscle. But we had to also look at the issues of discipline and personal ambitions as well.

“Remember that patriotism does not stand still, and it can increase or deteriorate. So these lessons and orientation programmes which are taught in classes set-up teach about who we are, and where we are going as a party.

“I cannot tell you about the actual content of the classes or whether they are fully online. But the facilitators are in Gauteng this weekend and it is a full programme. But these are workshops of ideology,” said the source.

The Chitepo School of Ideology was in the news last year after Zanu-PF expelled former Youth League leaders Godfrey Tsenengamu and Lewis Matutu for indiscipline and defying the resolution that they attend mandatory political orientation at the School of Ideology.

Matutu later relented and attended classes at the School of Ideology as directed by the Politburo.
Chitepo School Principal, Mr Munyaradzi Machacha was quoted in the press at the time as saying that Cde Matutu had made tremendous progress in his rehabilitation after undergoing classes.

The Best Foot Forward: The beautiful story of Zimbabwe is not told properly in the Second Republic