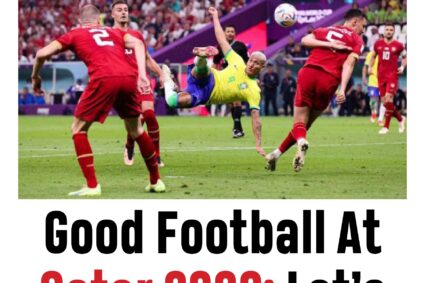 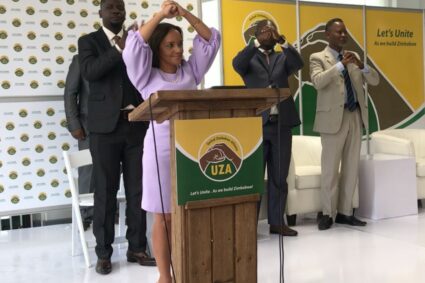 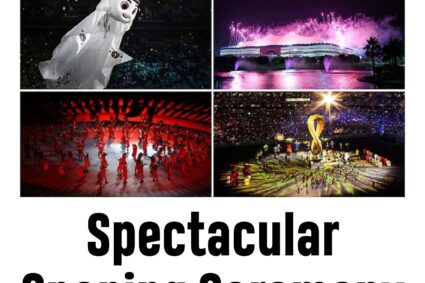 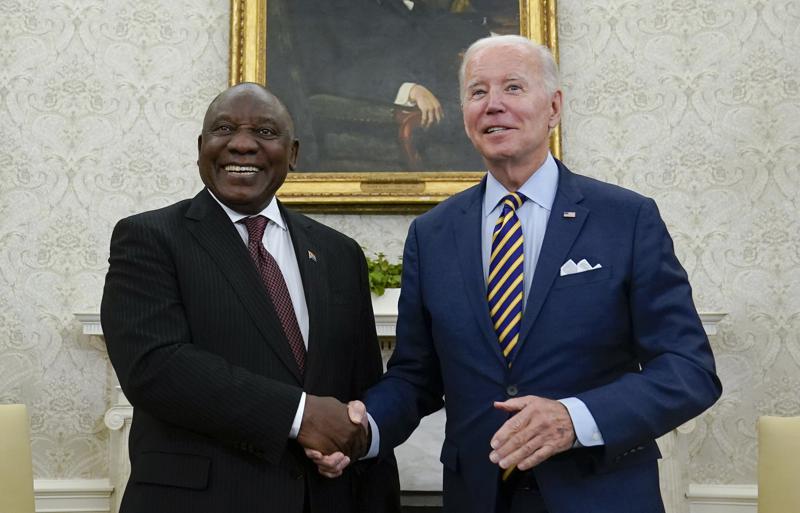 South Africa, The United States Maintain Mutual Respect For Each Other Despite Differences Over The Russia-Ukraine War

The Zimbabwe Anti-Sanctions Movement (ZASM) this week welcomed the support from South African President Cyril Ramaphosa and the ruling African National Congress in raising the issue of unlawful unilateral sanctions on Zimbabwe which displace refugees into the region, in his meeting with the president of the United States Joe Biden on September 16.

The movement released a statement yesterday saying that the Zimbabwe sanctions programme targeted Zimbabwean nationals without trial, adversely affecting the ordinary people, ravaging the economy, and the financial sector and forcing refugees to flock to different countries.

ZASM chairman Rutendo Matinyarare said in the statement that his organisation had been tasked by Zimbabweans to oppose the illegal sanctions and the United Nations, the African Union, SADC in calling for the coercive sanctions on Zimbabwe to be scrapped.

President Cyril Ramaphosa has reportedly implored US leader Joe Biden to lift sanctions imposed on Zimbabwe, saying the embargo on Harare has had adverse effects on other countries in the region.

According to Ramaphosa, the sanctions imposed on Zimbabwe has resulted in citizens from the landlocked southern African nation leaving their native country in droves for economic opportunities in neighbouring countries.

Respected broadcaster, Peter Ndoro made the revelations on Twitter, saying:

“Meeting with President Biden, President Ramaphosa raised the issue of #sanctions on #Zimbabwe. He explained to President Biden that Zim sanctions affect other countries in the region as economic migrants are forced to leave #Zimbabwe in their droves to seek economic opportunities”.

During the dawn of the 21st century, the US and other western nations imposed targeted sanctions on the then Robert Mugabe-led Zanu PF regime following a chaotic land grab, euphemistically referred to as the Land Reform Programme.

The Land Reform Programme sought to address the colonial imbalances in terms of land ownership in the country.

President Joe Biden praised South Africa as a vital voice on the global stage as he hosted President Cyril Ramaphosa on Friday at the White House for talks that touched on the two nations’ differences on Russia’s war in Ukraine and more.

In a brief appearance before the media at the start of their meeting, Biden made no direct mention that Ramaphosa is among African leaders who have maintained a neutral stance in the aftermath of Russia’s invasion of Ukraine. South Africa abstained from a United Nations vote condemning Russia’s actions and calling for a mediated settlement.

But the president seemed to offer a subtle recognition that the two countries have their differences.

“We really need to make sure we fully understand one another,” said Biden, who heaped praise on Ramaphosa for his country’s leadership on fighting the COVID-19 pandemic, the impact of climate change and other issues.

Following the meeting, Ramaphosa told reporters that South Africa’s position on the conflict is “respected” and that both he and Biden agreed they “would like this conflict to come to an end as soon as possible.”

Ahead of the meeting, South Africa’s international relations minister, Naledi Pandor, said finding an endgame to the Ukraine war will be South Africa’s focus when it participates in the annual meeting of the U.N. General Assembly next week.

“We would want a process of diplomacy to be initiated between the two parties and we believe the U.N. must lead, the U.N secretary-general in particular,” Pandor said.

The White House meeting came on the heels of Secretary of State Antony Blinken’s visit to South Africa last month, in which he said the Biden administration sees Africa’s 54 nations as “equal partners” in tackling global problems.

But the administration has been disappointed that South Africa and much of the continent have declined to follow the U.S. in condemning the Russian invasion of Ukraine.

During the Blinken visit, Pandor accused the U.S. and other Western powers of focusing on the Ukraine conflict to the detriment of crises around the globe.

The Biden administration, meanwhile, has sought to underscore that Russia’s blockade of Ukraine’s Black Sea ports has led to scarcities in grain, cooking oil and fertilizer — resulting in a disproportionate impact on Africans.

The White House said in a statement following the meeting that the leaders discussed the “negative consequences” the war has had on food security in Africa.

South Africa’s neutral position is largely because of the support the Soviet Union gave during the Cold War era to Ramaphosa’s African National Congress in its fight to end apartheid, South Africa’s regime of repression against the Black majority that ended in 1994.

South Africa is seen as a leader of several African countries that will not side against Russia.

Despite the differences on the war in Ukraine, the Biden administration recognizes the importance of strengthening relations in Africa as China has spent decades entrenching itself in the continent’s natural resources markets. Improving relations with South Africa — one of the continent’s biggest economies — is central to the U.S. effort.

John Stremlau, an international relations expert at the University of the Witwatersrand, said the talks underscore that the US sees South Africa as having the “potential to lead Africa in a constructive way” on trade and other issues.

The vice president’s office said in a statement that Harris and Ramaphosa discussed global health security, space cooperation, climate change, women’s empowerment and other matters, as they met over breakfast at the vice president’s residence.

In a brief exchange with reporters before his meeting with Harris, Ramaphosa said he would like to see the relationship between the two countries strengthened.

South Africa’s ambitious efforts to transition from coal to cleaner energy were also discussed during the leaders’ talks. The US, Britain, France and Germany announced a plan last year to provide $8.5 billion in loans and grants over five years to help South Africa phase out coal. 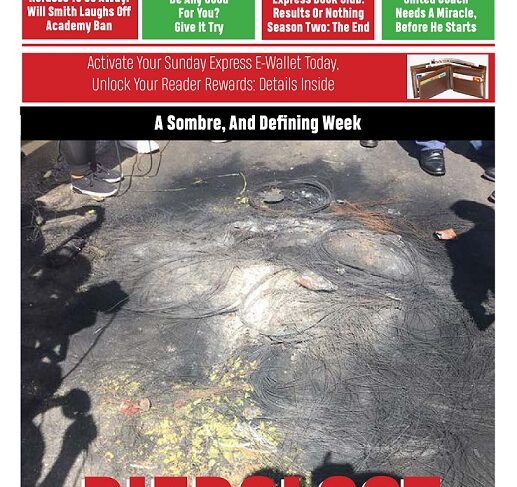 If Zimbabwe Is A Constitutional Democracy, Why Are Its Citizens Not Free? 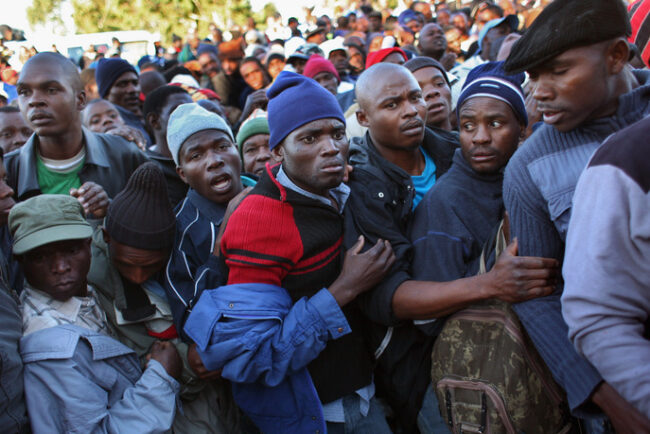 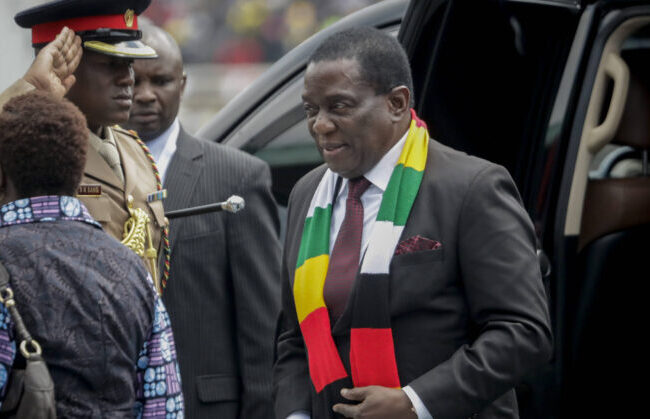 Open chat
Scan the code
Powered by
Subscribe To The Sunday Express E-edition And Connect With The Most Innovative African Online News media Today. See News Differently For Only R49 Or $4 Every Month, And You Get All Four. Text (27) 83 476 7918